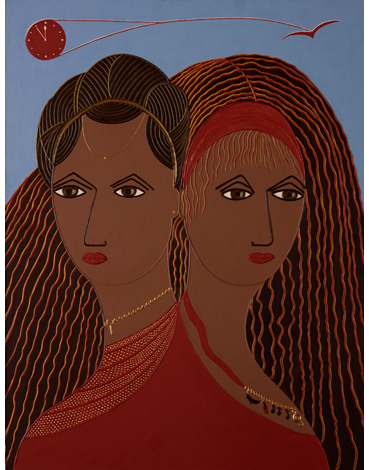 I’m Not Who You Think I Am 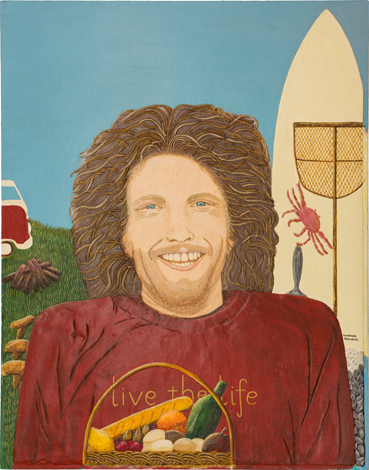 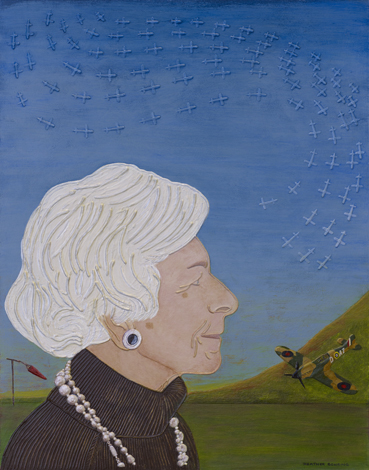 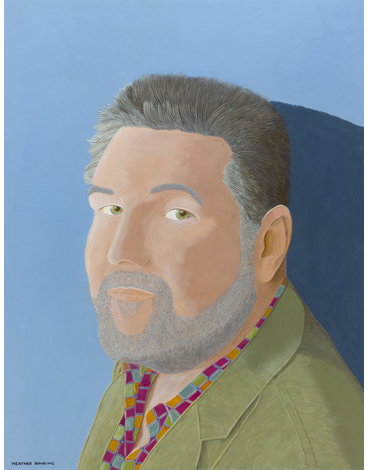 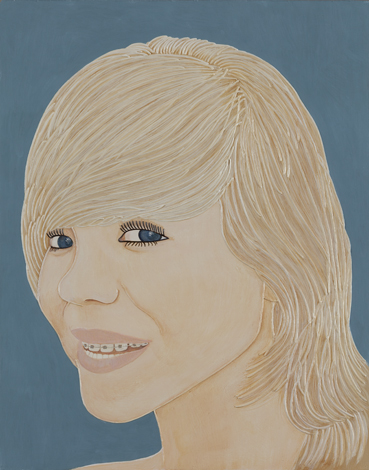 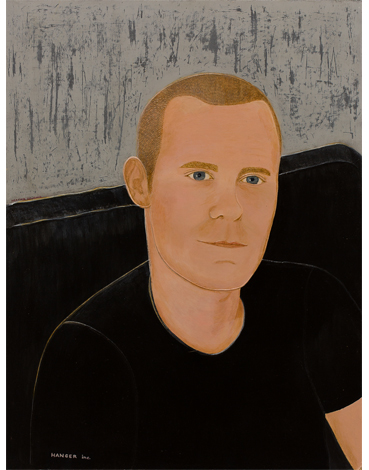 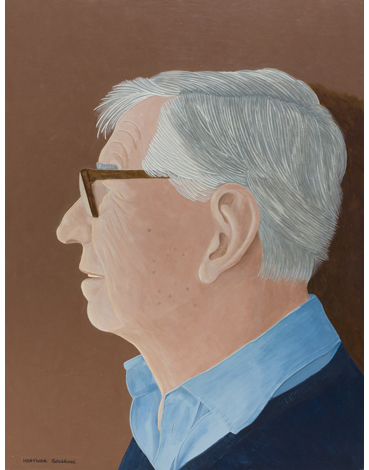 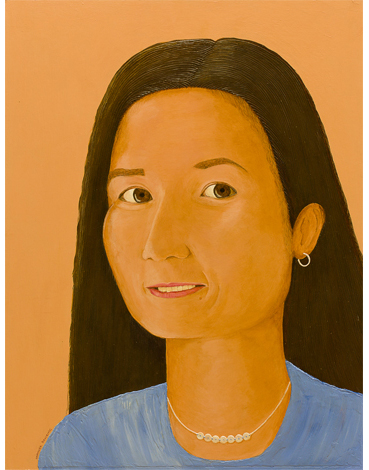 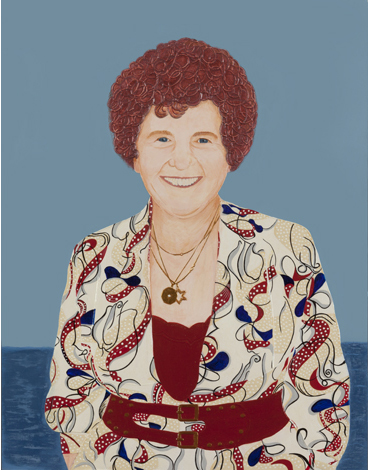 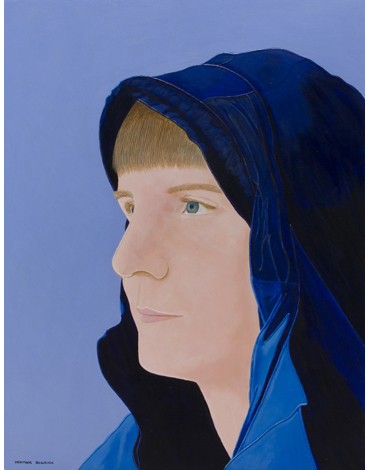 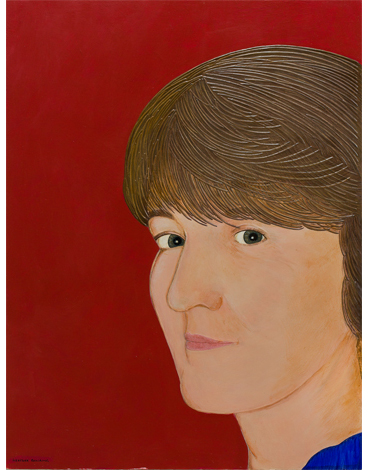 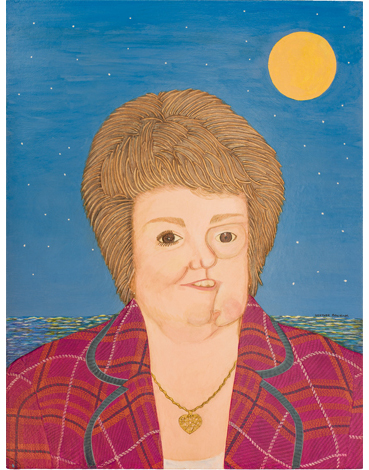 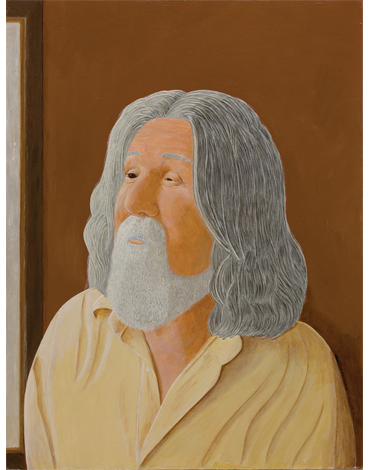 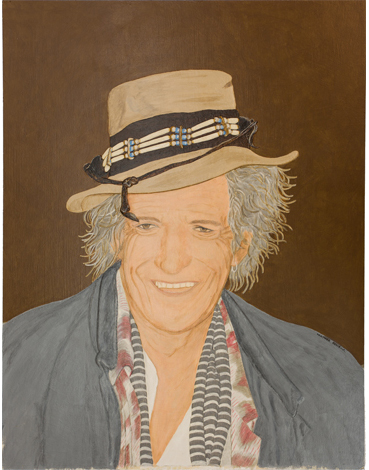 ‘I’m Not Who You Think I Am’ is Heather Bowring’s latest collection of 14 tactile relief work portraits.

The inspiration for the paintings came while Heather was attending a conference at the Metropolitan Museum of Art in New York.

I wandered in to a Gallery showing a vast collection of Ceremonial masks from around the world. What i saw took my breath away. When seen en mass, the masks appeared so animated and alive I almost expected them to speak to me.

I was intrigued by the idea that tribes from around the world used special masks for ceremonial occasions and the wearer took on that persona.

It made me think about the masks we wear on a daily basis, to become our their socially acceptable self.

Inspired by the double headed mask I made a painting of a two headed figure and wanted it to show the conflict a young second generation immigrant feels when she has to split herself into two people.

By chance I met a young man on a beach in Devon, he was in a Campervan, had a big smile and wild hair.

I was not sure what to think about him and like so many of us do, I made an assumption about him before I had even spoken to him.

We started to chat and I found him to be an intelligent, entertaining informative man and great fun to be with.

He was not who I expected him to be. A few days later the final inspiration for the collection took on a life of its own. It would be called ‘ I AM NOT WHO YOU THINK I AM”.

I wanted to challenge the initial assumptions that we make about other people, where those are based purely on visual observation, rather than knowledge gained through verbal interaction.

I chose a cross section of people I had read about, seen on television or had recently met.

The collection gives the viewer the opportunity to see the stranger, feel their face, hear their voice and get to know them, and see if this differs from their initial impression.

Price for the collection of 14 portraits and their audio descriptions: £20,000.